Hello everyone! Below are some of the photos which made it to Madhouse Manila magazine’s vintage December issue. I styled 3 layouts, inspired by the medieval peasant life with hints of modern trends, of course. I teamed up with Chad (the photographer), Hennie Fortuin (the model), and Ms. Elle Lubigan (the hair and make-up artist). Chad used his Canon ae-1 film camera with a Kodak ColorPlus film. 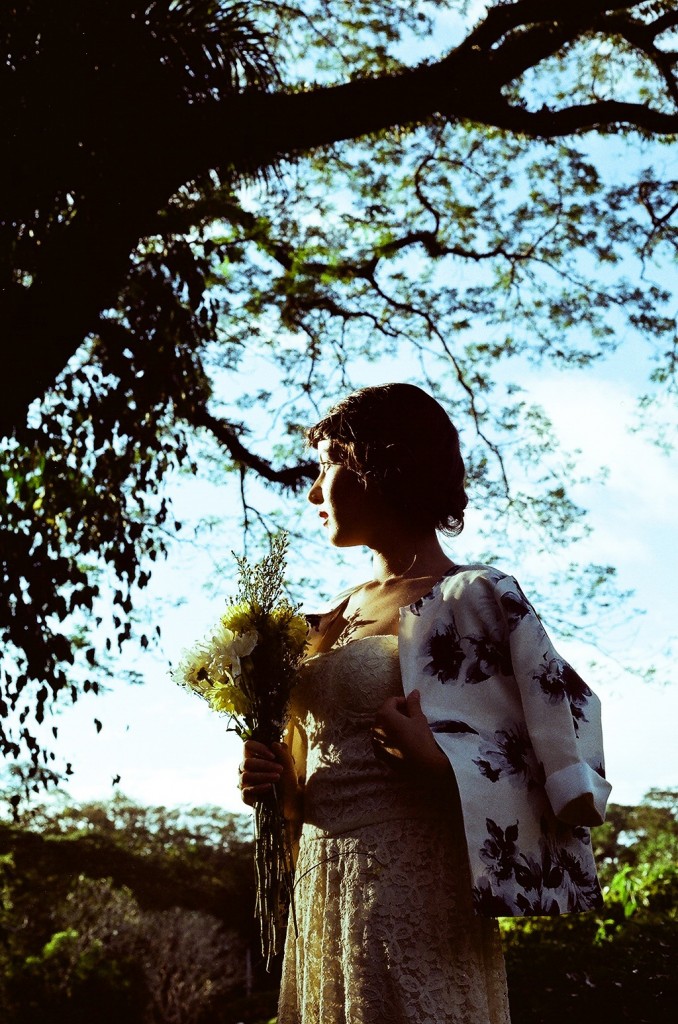 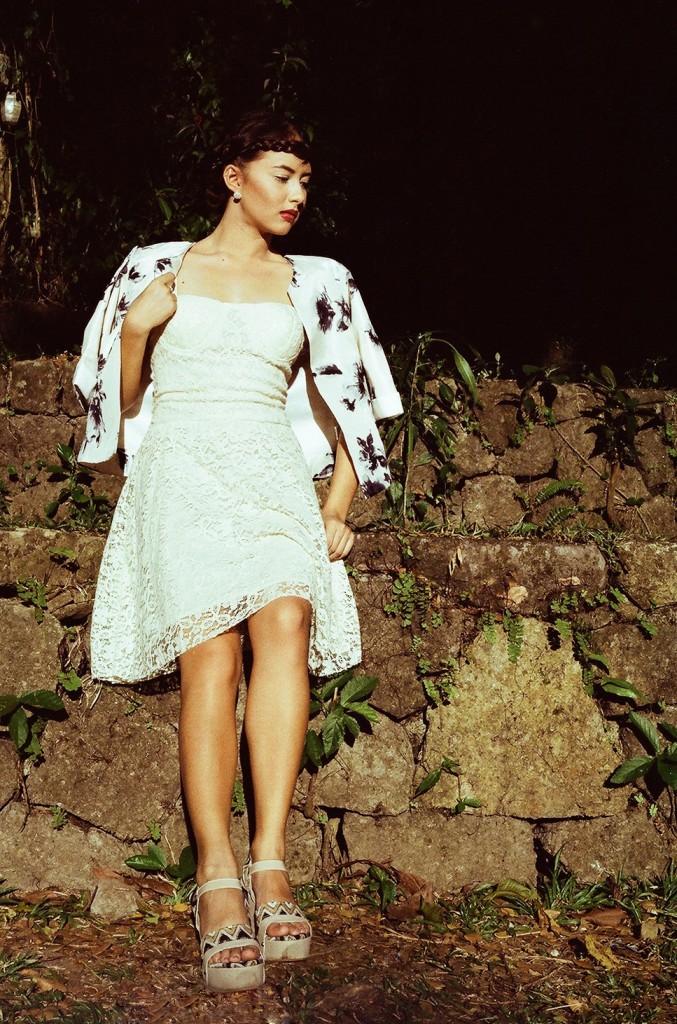 Supposedly, the first layout is about a farmer’s daughter who is young, playful, and carefree—hence the flowers, braids, and lace—but we kind of forgot about that so we ended up with these shots. I like the first photo because it reminds me of a child who is hopeful of the future, plus the light on Hennie’s face is just gorgeous. 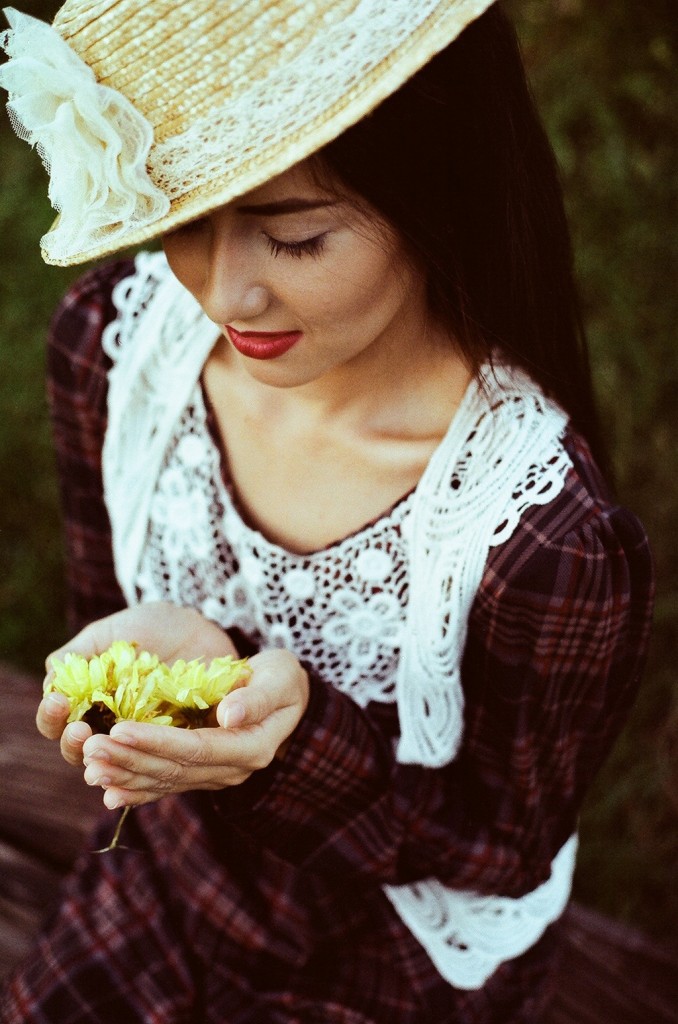 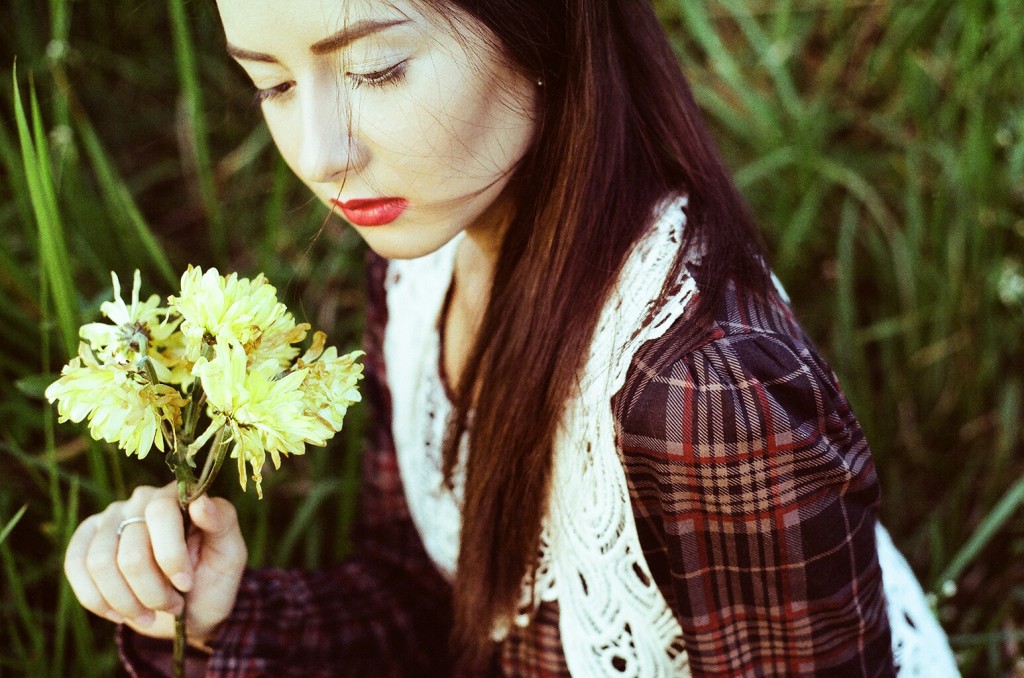 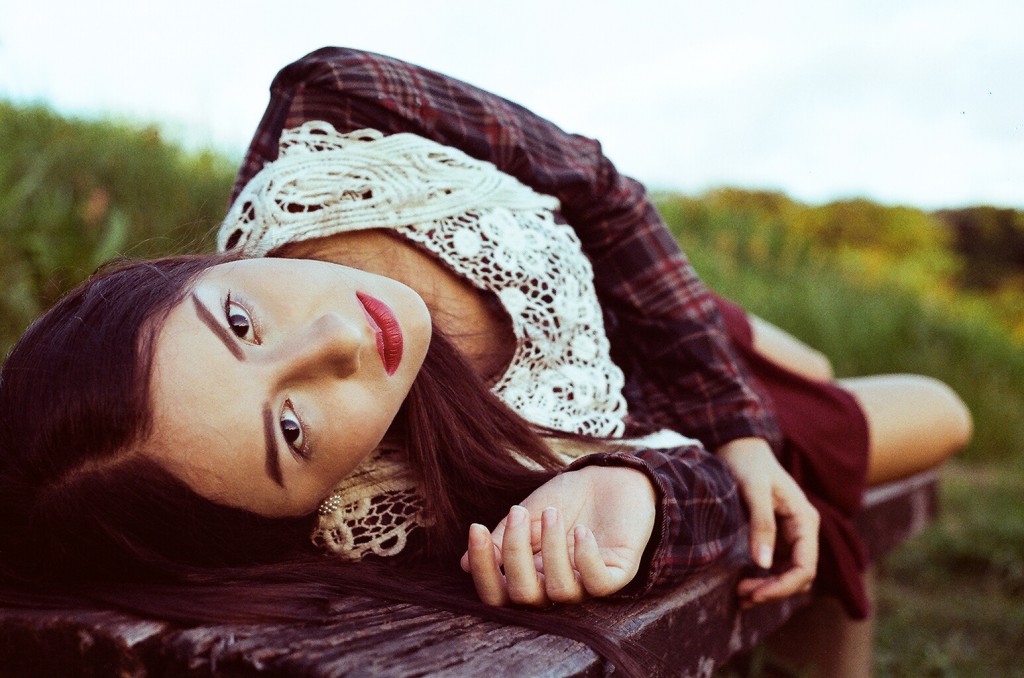 The second set represents the transition of the peasant’s child from innocence to maturity, that stage where children are introduced by their parents or by circumstance to the realities of life. So, I chose a a dark and checkered ensemble with a lace collar to add youth. Browns and maroons always remind me of farms. 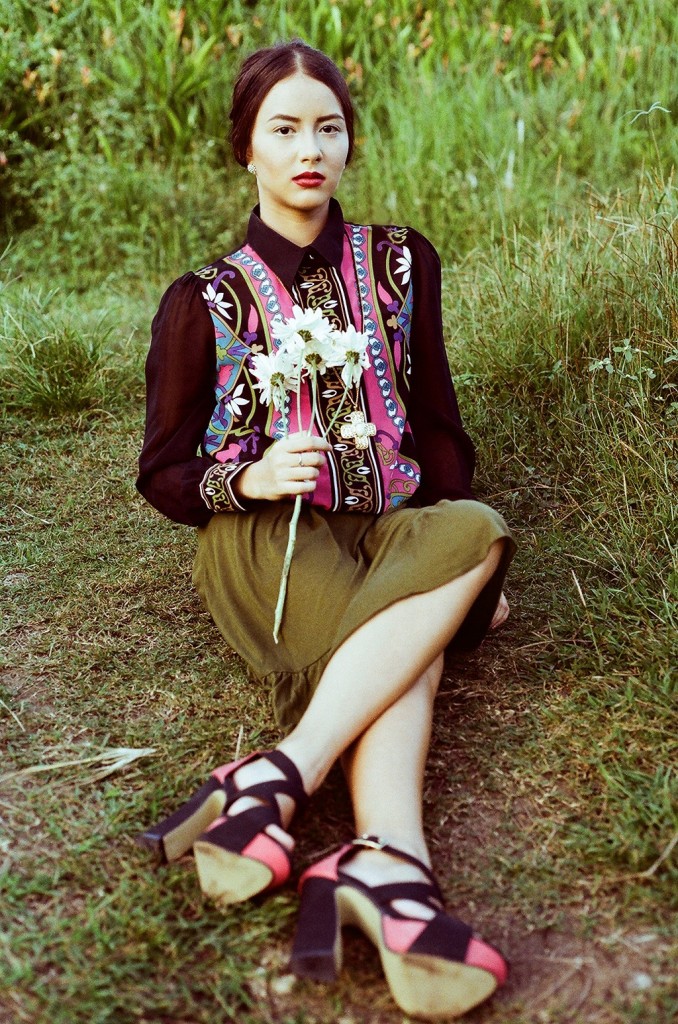 The last, but certainly not the least, set is my absolute favorite—not just because the Anne Boleyn hairdo suited the model nicely, but also because all the elements meshed together. I only came up with this look during the last minute, as I wasn’t quite sure if the heavy skirt will complement the printed top. And it did! The Scandinavian cross matched the top too! It was actually Chad’s idea to buy and use the cross. I love the fact that he knows a lot about history and whatnot. 😛 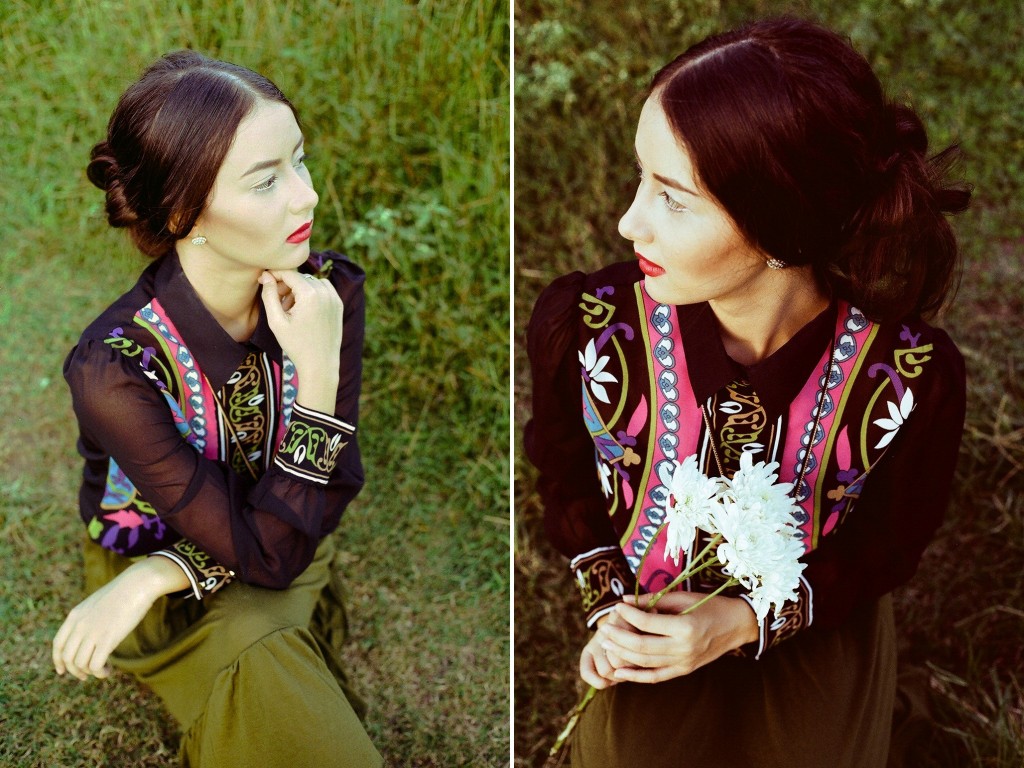 This set represents a full-grown woman, who has been forced by unfortunate events to take care of her family. Innocence is now lost. However, I don’t really consider this as a sad ending to such a story. I’d like to call it ‘bravery’, instead. I deeply admire people who are driven, tough, and mature. A lot of us today do not like taking responsibilities, and people who do deserve so much respect.

So there you go. We really hope you liked the sets. Please check out Madhouse MNL, and you can find us on pages 137 to 149. Special thanks to ForMe clothing for providing the floral jacket and printed long-sleeves.

Also, I told you last week that Chad and I went to this Vinyl Dump store in Cubao Expo to interview Joel Devicais, the owner. Chad wrote an article about it and took photos too. Read about it on pages 108 to 111. 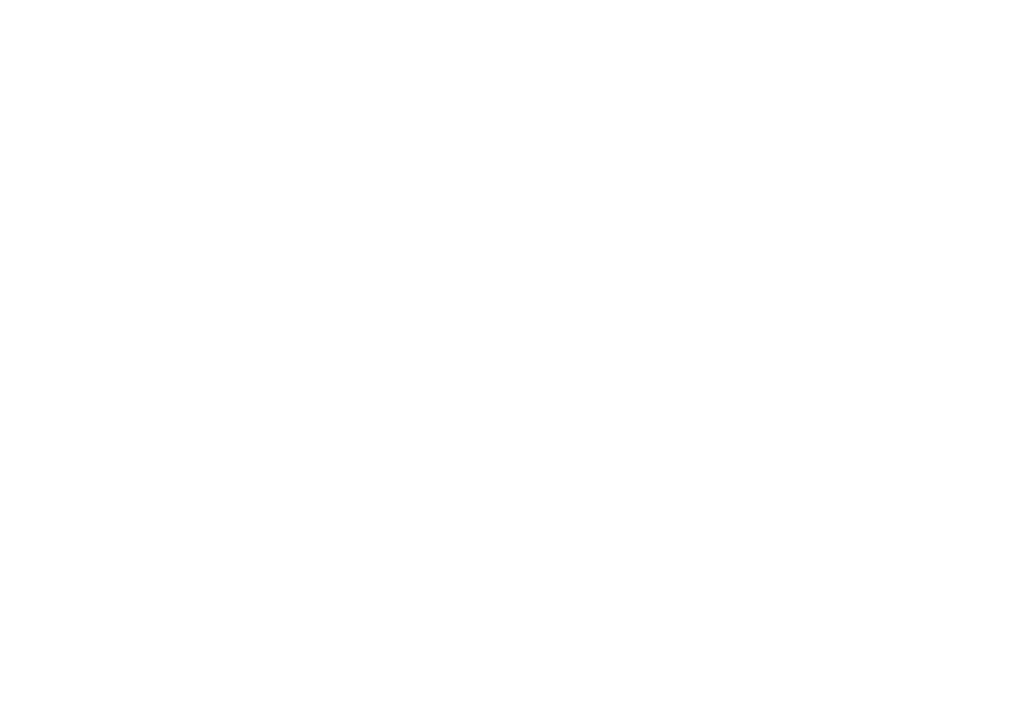 And apparently, Madhouse MNL decided to include the Feral Child pictures which I previously shared here. You can also see them in pages 128 to 135.

Thanks to everyone who supported us! Watch out for another Chad & Daphne collaboration! 😛